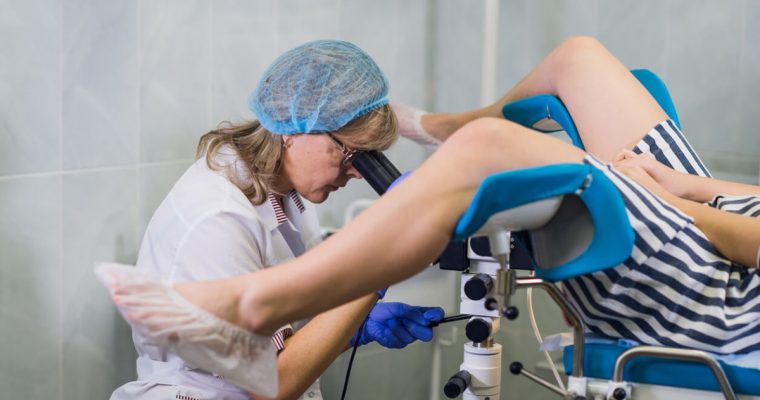 Visit to the gynecologist

Many people postpone a visit to a gynecologist until any complaints or symptoms appear that are alarming or incomprehensible to the woman herself. Another common motive for going to the doctor is the illness of a friend or relative. Meanwhile, this practice does not justify … 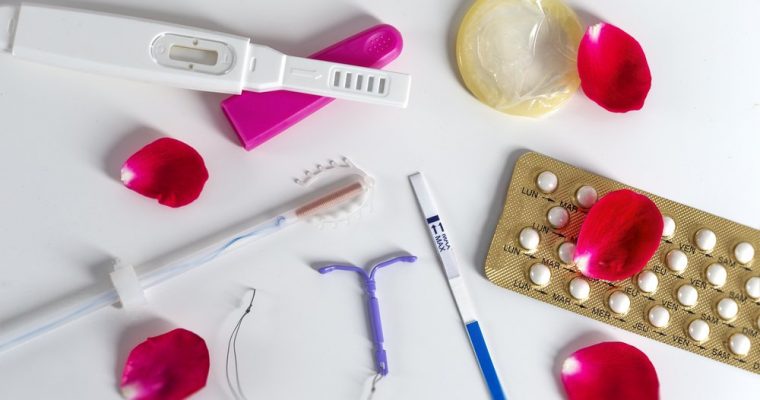 Contraception, which has only become generally accepted in the last 30 years, is a necessary part of modern life. She separated sex and childbirth, provided couples with fairly reliable control over the latter. Contraception can improve the quality of life of both ourselves and our … 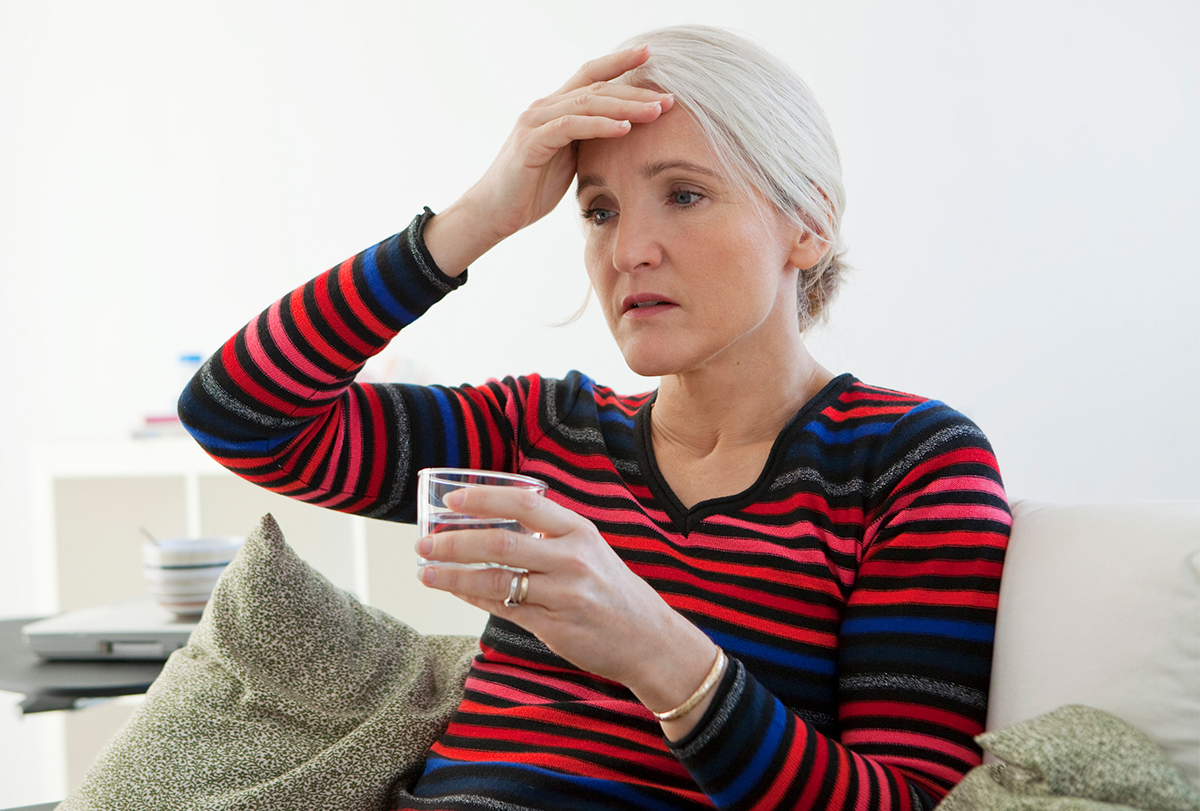 Usually, the physiological process of preparing for menopause, as part of evolutionary natural aging, occurs 3-5 years before the first symptoms of menopause appear in women. Such restructuring causes multicomponent changes that require good adaptive capabilities of the organism. Hormonal changes are often accompanied by clinical manifestations: disturbance of the menstrual rhythm, the occurrence of abnormal uterine bleeding, functional ovarian cysts. 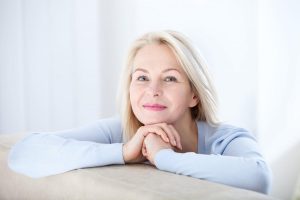 Many women are concerned about the question: menopause at what age usually begins. The time of its onset is a genetically determined period, but there are a number of factors that can speed up this process. Among them are a sedentary lifestyle, bad habits, stressful situations, physical and emotional stress, poor ecology, infectious and oncological diseases of the genital organs, surgical interventions in the pelvic organs.

The average age at menopause in women is 51 years. The date of natural menopause is set retrospectively: 12 months after the last menstrual period. Depending on how many years menopause begins in women, there are:

Premature menopause – the period of onset from 30 to 40 years;
Early – from 41 to 45 years old;
“Timely”, average age – 45-50 years;
Late – after 50-55 years.
Life expectancy is steadily increasing, and more and more women are entering peri- and menopause. According to demographers’ forecasts, by 2050, the average life expectancy will be 85 years, the number of elderly people will approach 2 billion, and most of them are women in transition from menopause and menopause.

Classification of Menopausal Disorders
According to the time of onset and the nature of the manifestations, menopausal disorders are usually considered in three main groups:

During hot flashes, expansion of peripheral vessels appears in the forehead, chest, shoulders, back, and thighs. There are also their nocturnal counterparts – sweating attacks.

A decline in the quality of life is far from the only negative consequence of hot flashes. They are accompanied by dysfunction of the vascular endothelium, which leads to the development of hypertension and are an independent factor in the development of cardiovascular diseases. At the time of the tide, there is a sharp decrease in blood flow in certain areas of the brain, including those responsible for memory mechanisms. Episodes of ischemia can become the basis for the development of degenerative processes in the brain. The presence of hot flashes is associated with an outcome in dementia and Alzheimer’s disease. Therefore, in some cases, severe climacteric syndrome requires an appeal to a cardiologist, neurologist, therapist, psychologist.

The prevalence of urogenital symptoms among the female population is very high – 30-70%, and only increases with age. Women rarely turn to specialists with such a problem, considering this condition to be natural.

Meanwhile, urogenital atrophy is the cause of frequent relapses of inflammatory diseases of the lower urinary tract. Loss of tone of the ligaments and pelvic muscles predisposes to prolapse and prolapse of the vagina and uterus.

Deficiency of estrogen leads to a decrease in the collagen content in the dermis and the development of atrophy, which is manifested by a decrease in elasticity, a deterioration in the blood supply to the skin and mucous membranes, a decrease in the function of the sebaceous and sweat glands, an increase in dry skin, peeling, itching, and increased cold sensitivity. Wrinkles appear, brittle nails increase, hair loss increases. The relative predominance of male sex hormones over female in some women cause androgen-dependent dermopathies: hirsutism, seborrhea, alopecia, acne. 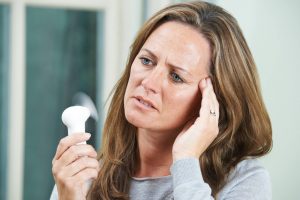 Osteoporosis is a systemic skeletal disorder that results in decreased bone strength and increased risk of fractures. Normally, bone resorption begins at the age of 35, 10-15 years before menopause. Bone loss accelerates during the menopausal period. Women suffer from osteoporotic fractures more often than stroke, myocardial infarction and breast cancer combined. Fracture of the femoral neck causes disability or death in 26% of cases.

Treating and relieving the symptoms of climacteric syndrome

The optimal time to start MHT is changeopause – the transition period until the last menstruation https://en.wikipedia.org/wiki/Menstruation. During this period, when the signs of menopause in women have not yet appeared, the intake of hormones provides the most effective prevention of diseases of the cardiovascular system and osteoporosis. In urogenital disorders, local estrogen therapy is usually recommended.

However, MHT has a number of contraindications and limitations, which served as an incentive for the development of alternative therapy for menopausal disorders. Herbal preparations – biologically active additives (BAA), containing phytoestrogens – have become especially popular all over the world.

If you find signs of menopause, do not try to diagnose yourself or take hormonal medications. This can only be done under constant medical supervision. The best solution is to see a gynecologist. At the reception, the doctor will conduct a full examination, consisting of examination, history taking and tests. And given the fact that menopause in women proceeds depending on the individual characteristics of the body, the gynecologist will prescribe a special therapy. 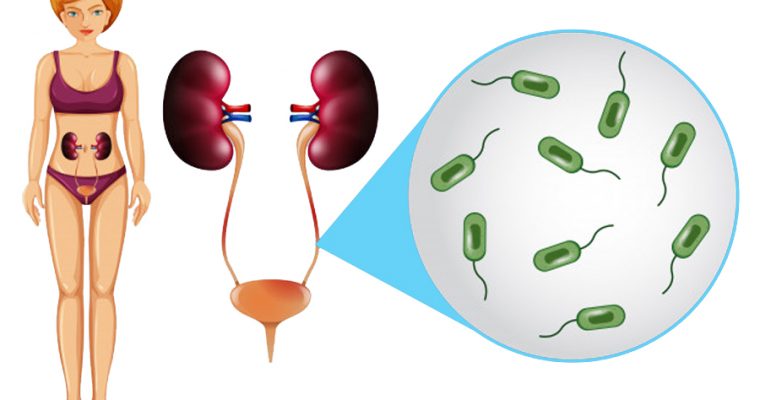 Microflora of a woman

Inflammatory diseases of the female genital organs are one of the most common reasons for visiting a gynecologist. There are several reasons for this. The main one is that the vulva and vagina are the so-called “shock organs”, that is, those organs, the state of … 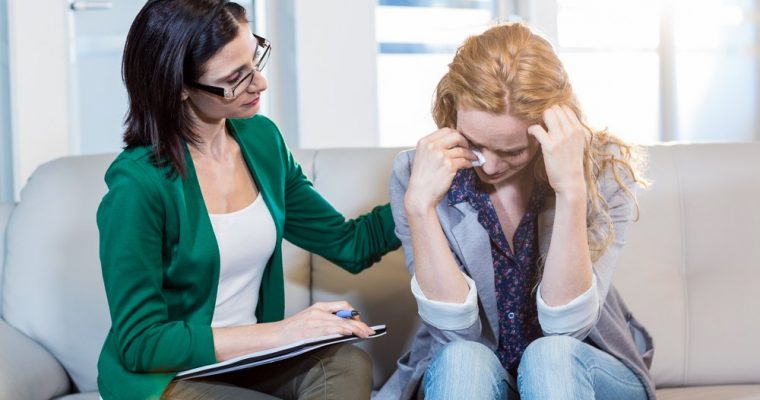 In the modern world, a woman often has to lead an active lifestyle. After 40 years, she, as a rule, is at the peak of her career, occupies a worthy official position, enjoys authority among colleagues. Naturally, she does not want to lose her social …

Uncategorized
-
by admin
Next Posts