Microflora of a woman 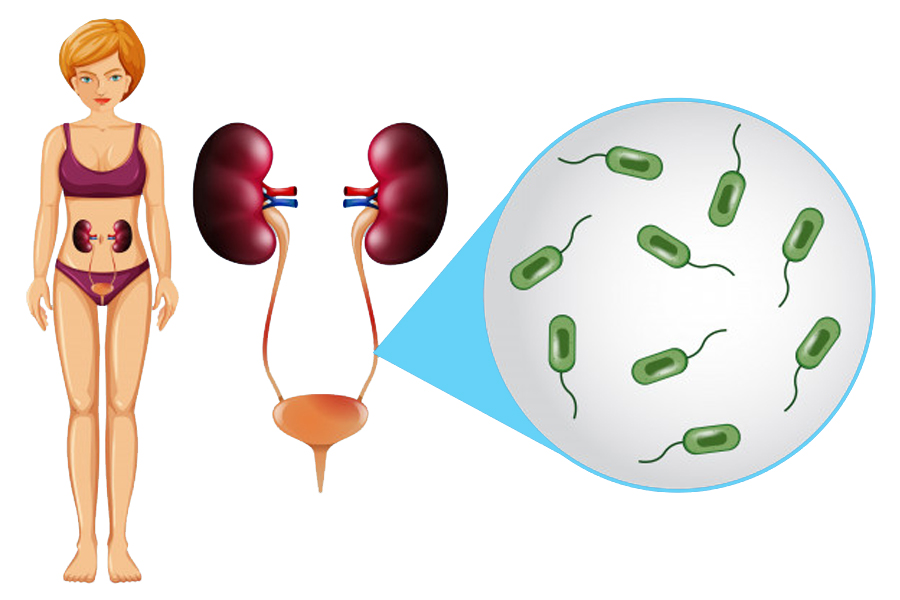 Inflammatory diseases of the female genital organs are one of the most common reasons for visiting a gynecologist. There are several reasons for this. The main one is that the vulva and vagina are the so-called “shock organs”, that is, those organs, the state of which reflects the trouble of any other organ or system of the female body. Just as the skin is a reflection of the well-being or ill-being of the internal environment, so the condition of the vagina and vulva indicates the health of the whole organism.

The microflora of the vagina is a protective barrier, normally it should consist of 90% of lactic acid bacilli, producing, in addition to lactic acid, as their name suggests, a number of other protective substances. These microbes are very picky, very sensitive to hormones and vaginal acidity. It is known that defense mechanisms are weak in girls before puberty and in postmenopausal women, that is, after the cessation of menstruation, as well as in nursing mothers.

The next barrier on the way of microorganisms is the cervix with the mucous secretion produced by it. Cervical mucus contains antibodies that can bind to pathogenic microbes and render them harmless. In women with traumatic injury to the cervix, and there are up to 90% of those who have given birth, cervical mucus flows freely from the cervical canal. It contains protective antibodies, but at the same time has an alkaline reaction and is able to reduce the acidity in the vagina.

Inflammatory changes in the genital tract can be caused by the so-called absolute pathogens, that is, those microorganisms that should never be in a healthy human body. These are the causative agents of gonorrhea, syphilis, trichomoniasis, herpes, chlamydia, human papillomaviruses and hepatitis, mycoplasma genitalia and some others. If these microorganisms are found, treatment is mandatory.

I would like to dwell on another problem in more detail, which occurs much more often and where not everything is so simple and clear. We will talk about the so-called conditionally pathogenic flora, that is, those microorganisms that may be present in a healthy woman, but under certain conditions can turn into a source of inflammation. There are a great many such microorganisms. I will not list them, suffice it to say that almost any microbe is capable of causing an inflammatory process. The exception is lacto- and bifidobacteria, which live not only in the genital tract, but also largely in the intestines. This is our natural defense. Bifido and lactoflora act as a counterbalance to other microbes, suppressing the reproduction of a large army of microbes that surround us and freely enter the body from the external environment. And what is also important to note is that a newborn baby receives the first lacto- and bifidobacteria from his mother, and therefore it is so important to attach to the breast immediately after birth, as well as the state of the microflora of the mother herself. These are the beneficial microbes that are the first to enter the intestines of a newborn baby, to a large extent, will provide its protection throughout the subsequent life.

So, as we have already found out, the protective mechanisms of the genital tract are quite imperfect, are influenced by fluctuations in hormones, depend on the state of the intestines, the immune system as a whole. But here we must also add that the vagina is an organ in contact with the external environment. Each sexual contact entails a temporary fluctuation in the microbial balance, because the partner’s genitals are non-sterile. To this we must add that the semen is alkaline, and this further reduces the protective barrier. Of course, a healthy, strong organism will cope with this imbalance rather quickly, but if lactobacilli are weakened for various reasons, then they are unable to resist even their flora and microorganisms that have got into the vagina receive conditions for reproduction, pushing the “hosts” in the face of lactobacilli to the periphery. And the first among these “invaders” are yeast and gardnerella. In fact, this is dysbiosis, that is, an imbalance between their own microorganisms, and according to the clinical picture, this is an inflammatory process of varying severity.

As you already understood, the causes of dysbiosis https://en.wikipedia.org/wiki/Dysbiosis are profound. Often we do not find them, and therefore we influence the investigation, first we eliminate the excessively multiplied microflora, and then we try to restore the natural microbial defense, stimulating the growth of the remaining lactobacilli in the hope that they will be able to get stronger and take over the functions of maintaining the necessary microbial balance. This is a difficult, long-term affair and requires a lot of patience from the patient. At the final stage, preventive measures are recommended for the future, which should be applied in cases of possible imbalance.